• ANXIETY AND SLEEP MEDS •
NEW!   ZOLPIDEM (Help to sleep, hypnotic)  NEW!
Zolpidem (Also known as Ambien, Edluar, Stilnox, Zolpimist...) belongs to a group of drugs called hypnotics known as benzodiazepine analogs. It is indicated for the treatment of insomnia. Doctors prescribe Zolpidem for sleep disorders and for all forms of insomnia, especially when there are difficulties in falling asleep, either initially or after a premature awakening. We offer you the original Stilnox from Sanofi or the Zolpidem Stada from Germany.

LAST UNITS!    DIAZEPAM (For anxiety, help to sleep, hypnotic)    LAST UNITS!
Diazepam is a well-known benzodiazepine. Commonly named as Valium, it's used to treat anxiety in particular, and also as help to sleep better, treat seizures or agitation cases. It's not a 10 to treat any symptom but a 7 in all of them and very often it's the starting pill for someone that needs a benzodiazepine med. Usual dosage it's about 2 to 10 mg, normally 2 to 4 times a day, depending on your condition. 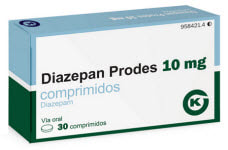 📌 Diazepam 10 mg is temporarily sold out, sorry. Please use the 5 mg version if you need Diazepam 📌

📌 SOLD OUT  PHENOBARBITAL (LUMINAL) (For seizures, anxiety, sleep)
Phenobarbital, usually sold under the brand name Luminal or known as Phenobarb or Phenobarbitone, is a medication used to control seizures, relieve anxiety and to induce sleep acting as a powerful sedative. It belongs to a family of medications called barbiturates, which work by slowing down brain activity. Treatment of epilepsy: generalized tonic-clonic seizures and simple partial seizures. Treatment of seizures:  Prophylaxis and treatment of seizures. Treatment of Insomnia: In case it is used for insomnia, its long term use is not recommended as it loses effectiveness. Typically, it is taken one to three times a day.  It's also used for the relief of withdrawals of benzodiazepines. Avoid always alcohol while taking phenobarbital. 📌 SOLD OUT FOR NOW, SORRY 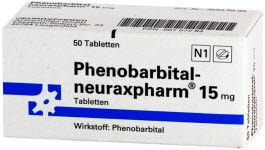 Gold pill!     QUAZEPAM (Best benzo to sleep and rest)     Gold pill!
Quazepam (Also marketed as Doral and other names) is probably the best pill to have a complete sleep night and wake up fresh and relaxed, completely different from other pills. And absolute wonderful medication that has helped thousands of people all over the world. It's so important that it has a special webpage in our pharmacy, so click here to access to more information and read real testimonies about Quazepam. We offer you the brand licensed product from Galt Pharma in Europe, made by Menarini Group. 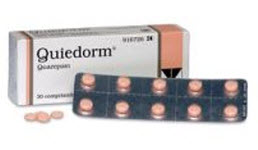 ALPRAZOLAM (Anxiety, depression, panic disorders, sleep)   Gold pill!
Alprazolam is one of the queens of the benzodiazepines. It is thought that it works by enhancing the activity of certain neurotransmitters in the brain. Alprazolam, also known as Xanax (Or Trankimazin in Europe) is used to treat anxiety disorders, panic disorders and anxiety caused by depression. We offer you Alprazolam from Pfizer Brand, a gold brand for a pill that also deserves the gold medal.

LORAZEPAM (Anxiety disorders, sleep, agitation, seizures)
Lorazepam, sold under the brand name Ativan, Orfidal, among others, is a benzodiazepine medication, used to treat anxiety disorders, along with trouble sleeping, agitation, active seizures and others. It also has a sedative and mild hypnotic effect. It’s a well known medication by population and combined with Tramadol to manage pain along with anxiety and/or troubles to sleep.

Silver pill!  LORMETAZEPAM (Hypnotic, Anxiolytic, Sedative)   Silver pill!
Lormetazepam, sold under the brand name Noctamid, Loramet, Ergocalm, among others, is a short to intermediate acting benzodiazepine. It is a derivative and temazepam analogue. It possesses hypnotic, anxiolytic, anticonvulsant, sedative and skeletal muscle relaxant properties. Actually is becoming very popular because of the strength of the effects, 0.5 mg are just enough to feel the sedative and muscle relaxant, while just 1 mg will have an hypnotic and deep sleeping effect. The power of the effects and it's effectiveness put Lormetazepam into our Silver Pill category. Some doctors combine Lormetazepam with Tramadol in chronic pain patients before going to sleep.
Make your order and receive 2 free pills of Quazepam (Doral) for each Lormetazepam box! (Read more about Quazepam) 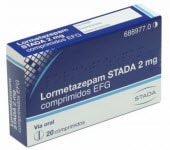 LYRICA (Nerves and Anxiety Treatment, anti-depressant)
Pregabalin or Pregabaline, sold under the brand name Lyrica among others, is an anticonvulsant, anxiolytic medication used to treat neurophatic pain, fibromyalgia, restless leg syndrome and general anxiety disorder. It’s also a medication used in chronic pain in combination with Tramadol. The usual dosage for a man of 80kg it’s 2 pills of 75mg every day. It also works for some people as a mild antidepressant and increasing the cognitive function. It’s a medication that can last 1-2 weeks before the patient starts to feel the effects.

BROMAZEPAM (For anxiety, tenssion, agitation, hypnotic)
Bromazepam is a benzodiazepine. Also known with other names as Calmepam, Lectopam, Lexotanil, Lexatin… it's used to treat anxiety, tenssion and agitation. It also has a mild hypnotic effect. Bromazepam starts to work very quickly in your body, and you should get a strong relief in less than an hour. Bromazepam must be taken according with the peaks of the nervous tenssion effects. It’s commonly used for situations of high-stress like giving a speech, a special meeting or a job interview. Usual dosage it's from 1,5 mg to 6 mg per day.

Bronze pill!  KETAZOLAM (Muscle relaxant, sedative, anxiety)    Bronze pill!
Ketazolam (marketed under the brand names Anseren, Ansieten, Ansietil, Marcen, Sedatival, Sedotime, Solatran and Unakalm) is a drug which is a benzodiazepine derivative. It possesses anxiolytic, anticonvulsant, sedative and skeletal muscle relaxant properties. It’s commonly used more when we have anxiety mixed with some arthritis or other form of muscle or joint pain or we have troubles to sleep.  It's more powerful for sleeping than Diazepam. It works pretty well despite it's not very popular, and it deserves a bronze in our ranking.

CLORAZEPATE (Seizures, anxiety)
Clorazepate (marketed with names as Tranxene, Genxene, Tranxilium and others) is used to treat anxiety, acute alcohol withdrawal, and seizures. This medication act on the brain and nerves (central nervous system) to produce a calming effect. It works by enhancing the effects of a certain natural chemical in the body (GABA). We offer to you the original brand product from Sanofi Pharma.